We kicked it off with a visit to Sheffield to attend the CWIF and we had a great time and chatted to lots of lovely folk.

Next was a £25,000.00 donation to the Swiss cancer research foundation. The presentation was held at the  UIAA Ice climbing event at Saas Fee and was organised for us by Rob Adie and Helmut Knabl.

Summer was a scorcher and the vests proved really popular while everyone moved out to the crags and quarries to climb.

And of course in June the amazing 8 year old Edward Mills climbed the Old Man of Hoy to raise funds for us. Edwards total currently stands at just over £40,000.00. I can definitely say that he is our biggest fundraiser to date. Edward went on to win the Pride of Britain young fundraiser of the year for his achievements. We are all so impressed by his achievements and feel sure his Mum would be really proud of him.

On to September and we made another donation at the IFSC World cup in Innsbruck. We gave £25,000.00 to the Tyrolean Cancer Research Institute. Organised for us by long time CAC supporter and good friend of John’s, Reindert Lenselink.

Then the Brit rock film tour launched and we were off out and about again to various venues where the films were showing. More lovely people and great venues.

Yet another donation took place in October. This time to the Cancer Council of Australia. This one was organised by Caitlin Horan.

November saw us head off to the Kendal Mountain Festival where we not only launched a brand new range of organic tee shirts in collaboration with 3rd rock but was also made another donation. This time to The Christie hospital in Manchester. Another £25,000.00 Making the total amount of Donations for 2018 £100,00.00 . The cheque was handed over by Edward Mills who was helped along by Dave Macleod and Liam Lonsdale. It seemed only fitting that the person who had raised the money got to give it away !

During all this we were joined by not just one but six ambassadors. We had Rémi Focchanere join us to help Sheila McCarron look after CAC in France. They do an amazing job between them. We also had Andy Dodd, Georgina Jackson, Robb Haze, Jordan Lane and David Holmes , join us within the UK so we can cover many more venues from now onwards.

So all in all it has been an exciting year and there are so many people to thank for their help and support that I don’t think the page would ever be long enough. 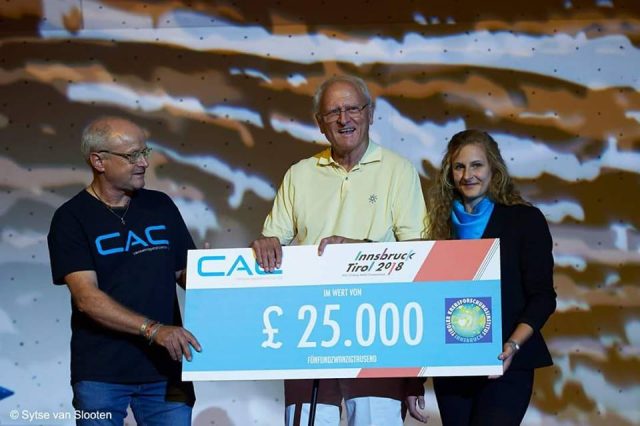 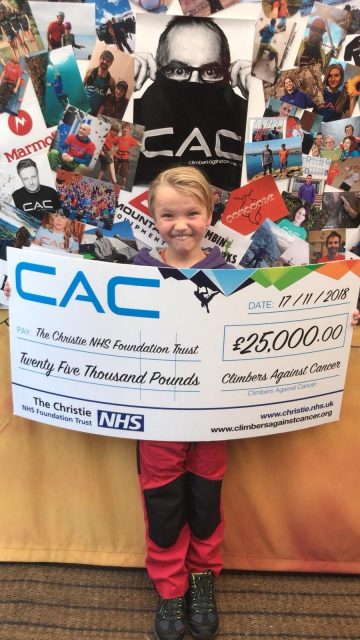 So many things are planned.

We are already looking into research centres to donate to and we have been fortunate to find a very talented man to design a new limited edition tee shirt for us. We have a big fundraising campaign planned for March / April. More to come on that soon.

Unfortunately we will have to increase the price of the tee shirts as from 1st January due to the rising cost of printing and postage. This will be the first price rise since John sold his first ever batch of tees.

We hope you will all continue to support us and to wear your CAC colours with pride. We look forward to meeting even more of you in the New Year but in the meantime… Have a wonderful and peaceful Christmas and a loving and caring New Year.