Climbers Against Cancer, the IFSC Offical Charity will be making a donation to a German cancer research center during the Boulder World Championships in Munich this August 21-23, 2014.

To commemorate this occasion, CAC is also releasing limited edition t-shirts available exclusively at the Munich World Championships! CAC founder John Ellison has been working closely with the German national federation, DAV, who is organizing the World Championships, and is excited to say that they have gone out of their way to put everything in place.

Not only institutional, but also industrial support for CAC

We are proud to see that our official sponsors, Kailas and Entre-Prises have shown an active commitment to helping the development of CAC. Says Ellison:

“With the huge support of climbers internationally along with the announcement of Official Charity by the IFSC it was a natural step to approach many of the outdoor brands and climbing gyms to help create a stronger foundation and longer lasting structure for the charity. Entre Prises and Kailas both opted to take up the top sponsorship option of Official CAC Partners.

“The support from everyone in what is the early days of the charity, only 18 months old, has been fantastic and collectively we can take the message of life so much further in the future.”

We couldn’t have said it any better.

CAC on the road

John has also been traveling to IFSC events in Chamonix, Briançon, and L’Argentière to promote the CAC and visiting with the IFSC staff in Torino. 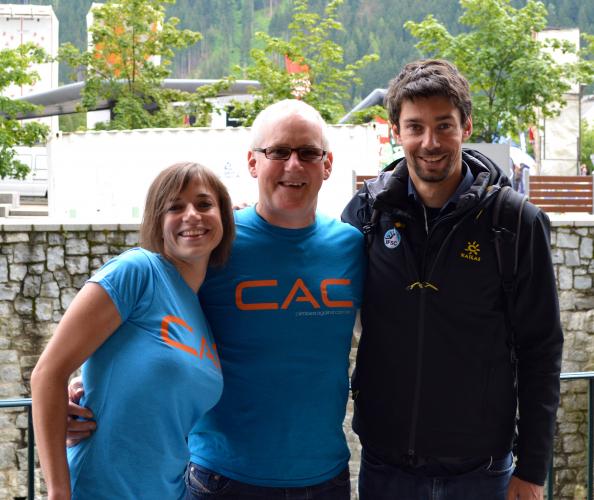 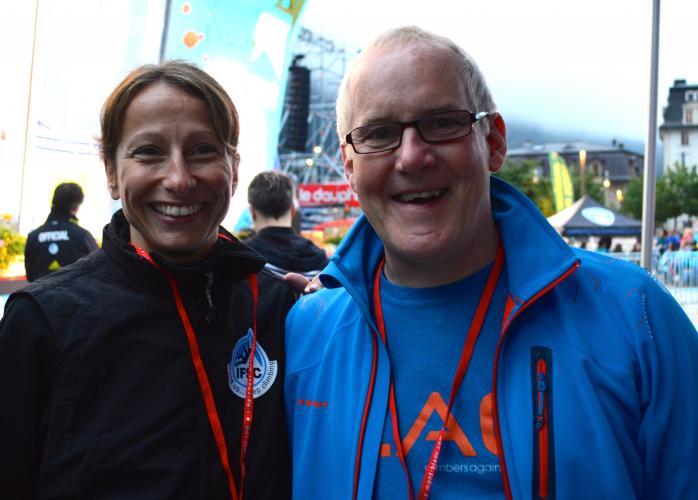 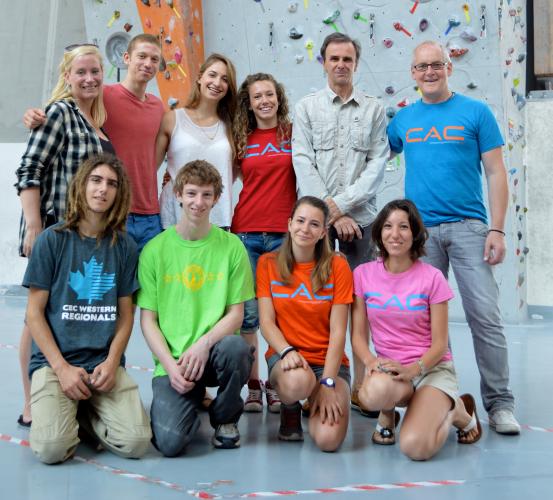 If you can’t make it to Munich and snag a t-shirt, be sure to tune in for our Red Bull live broadcast of the Boulder World Championships finals this August 21-23!