November saw more fantastic events in support of Climbers Against Cancer as the charity was given centre stage at the Slovenian National Championships held in Škofja Loka along with a special event created by the Slovenian Climbing Team and hosted at their amazing new training gym in Vrhnika.

At the very well attended National event the route setters Simon Margon and Aljosa Grom were soon joined by the charity founder John Ellison along with team manager Roman Krajnik and all the judges, belayers and volunteers in sporting the new striking special edition black & green CAC Slovenia t-shirts.

The Championships definitely set the mood for the event at the team training gym and despite being held on a Wednesday evening there was fantastic attendance with a large number of climbers including senior and junior team members converging on Vrhnika from across Slovenia, Serbia and Italy. The fun event which included a variety of boulder problems for all grades of climbers was culminated in a very exciting final won by the outstanding Slovenian climbers of 2014 Mina Markovic and Domen Skofic. 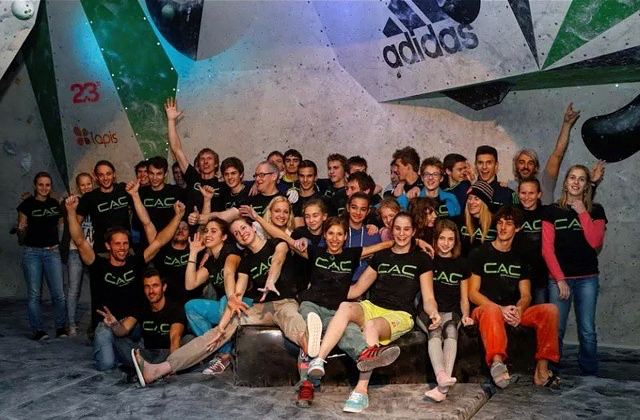