Climbers Against Cancer donates 13,333€ in Munich

Climbers Against Cancer, the Official Charity of the IFSC, made its latest contribution to cancer research on behalf of its international band of supporters at the Boulder World Championships in Munich last weekend. In addition to the donation, CAC created limited edition t-shirts for the event that were very popular and sold out quickly. The event was a huge success and epitomizes the growing strength of climbing as a sport. All the credit must go to the athletes and organizers for putting on such a fantastic and memorable show.

Following previous donations made in Australia, France, Canada, Great Britain and the USA, the check with a value of 13,333€ (£10,000) was handed over by CAC founder John Ellison, Munich’s very own climbing star Monika Retschy, and IFSC Vice-President Helmut Knabl to Reinhard Leibers, the representative of the Helmholtz-Association DKFZ.

The hugely respected association based in Heidelberg, Germany specializes in many groundbreaking aspects of cancer research, and a leader of the facility was amazed by the size of our donation saying, “These numbers are not usually donated by private fundraisers.” 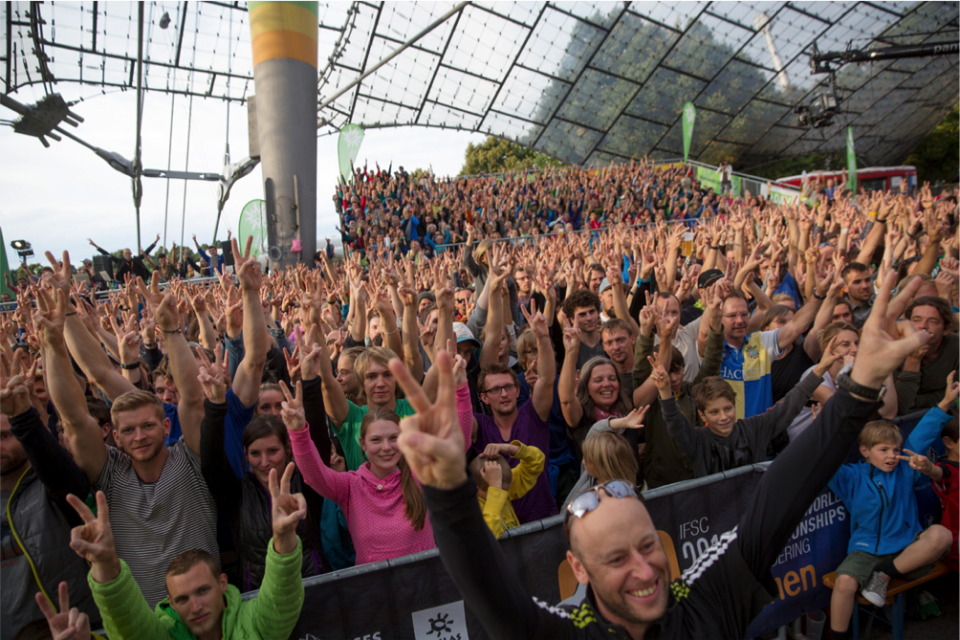 The finals were watched by an estimated crowd of 6000 enthusiastic supporters and, in an amazing expression of life, Ellison asked everyone to raise their arms in a show of unity that will live in the minds of many for years to come. “To see men, women, and children of all ages and nationalities raise their arms in a show of life, love, and peace proves the special nature of climbers on a global scale and gives everyone the strength and togetherness to carry on the fight against a disease that affects so many,” said Ellison. 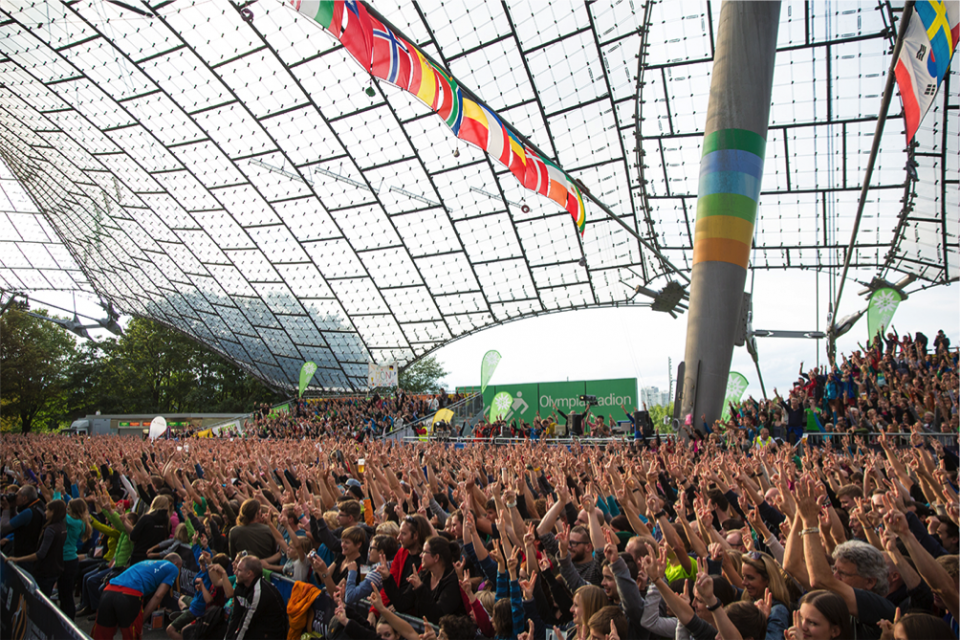