On this very day in 2013 British climber Shauna Coxsey, designers Ben Jones and David Mercer and myself sat in the offices at the Workhouse Marketing ready to press the hypothetical launch button and begin the phenomenon that has spread across the globe like a wild fire. Climbers Against Cancer was officially born and well you could say the rest is history. Over the last 2 years the charity commonly referred to as CAC has reached areas many other charities just couldn’t dream of reaching. From Canada to China, Australia to Alaska, Slovenia to Sweden, Italy to Iran, Argentina to Austria the list is endless and there are very few if any countries where someone doesn’t own a colourful t-shirt.

The spectacular growth of this great climbers charity is down to every single one of you who have worn the tops with pride sending out a message not only to cancer but all diseases and obstacles we face in life. A message of love, hope and togetherness unseen before amongst the members of this universal family called climbers. As I once said to a young German climbing friend whilst discussing the charity over lunch “I am just the Dj and you guys are dancing on the dance floor”. Working together with great tunes it is a sure recipe for success and an night out that everyone will remember.

Even when this Dj has left the building so to speak the music will keep on ringing in your ears and it will be up to everyone in equal measure to keep what we have all started going for many years to come. In life we are all climbers and you are all the future of CAC!

So on this very day as I also invite climbers from around the world to join me in the opening of the new CAC office I thought it only right to share the success with everyone and explain a few of the amazing facts and figures that show how collectively we are making a difference!

So far approximately 20,000 t-shirts have been printed and sold since the launch of of the charity on 23rd January 2013. That equates to an estimated number of 833 per month over the past two years or 192 per week or even more stunning 27 per day!!!

It is very difficult to give an 100% breakdown of the amount of money raised from sales of t-shirts, hoodies, pants and holds along with fundraising events across the World as there are a few outstanding invoices to be settled and bills to pay.

Collectively we have managed to raise a gross figure in the region of €420,000.00 Euro’s , $477,336.00 Dollars or even more outstanding 57,000,000.00 Japanese Yen as a grand total. CAC has then to pay for the purchasing of the t-shirts and hoodies etc and get them printed in the case of the shirts and embroidered with the hoodies. 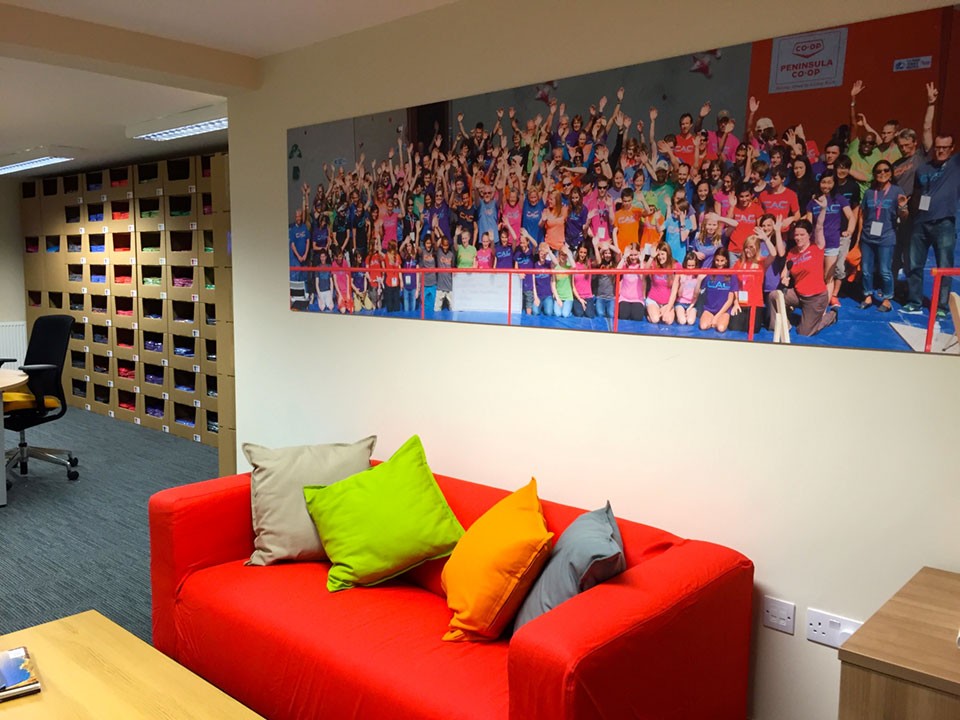 Many have asked why is there no postage included when purchasing a t-shirt. Well this was an idea I had from the start as I wanted the cost of the shirts to be fair across the globe and wherever one was purchased it would cost £15.00 and reflect the friendly nature of climbing as a sport. Following the manufacturing of each t-shirt they are distributed around the World with CAC paying for the shipping costs. We had to add a postage costs to the hoodies as anyone who owns one will know they are of a very high quality and carry quite a weight so couldn’t be sent out with free postage as with the shirts.

So far we have spent almost €197,000.00 Euro ($222,000.00 Dollars) on purchasing, printing and shipping the garment. As everyone will be aware more importantly we have already made 7 donations each with a value of £10,000 to cancer research facilities in Australia, France, Canada, United Kingdom, United States, Germany and South Korea with many more being discussed for the coming season.

As I mentioned previously everyone who has helped me with Climbers Against Cancer has done so on a voluntary basis including myself and none of the monies raised has been used for expenses, travel or personal costs so everyone can feel proud that by buying a CAC t-shirt or hoodie that every penny will go towards cancer research and you will be each playing your part in helping fight this terrible disease. 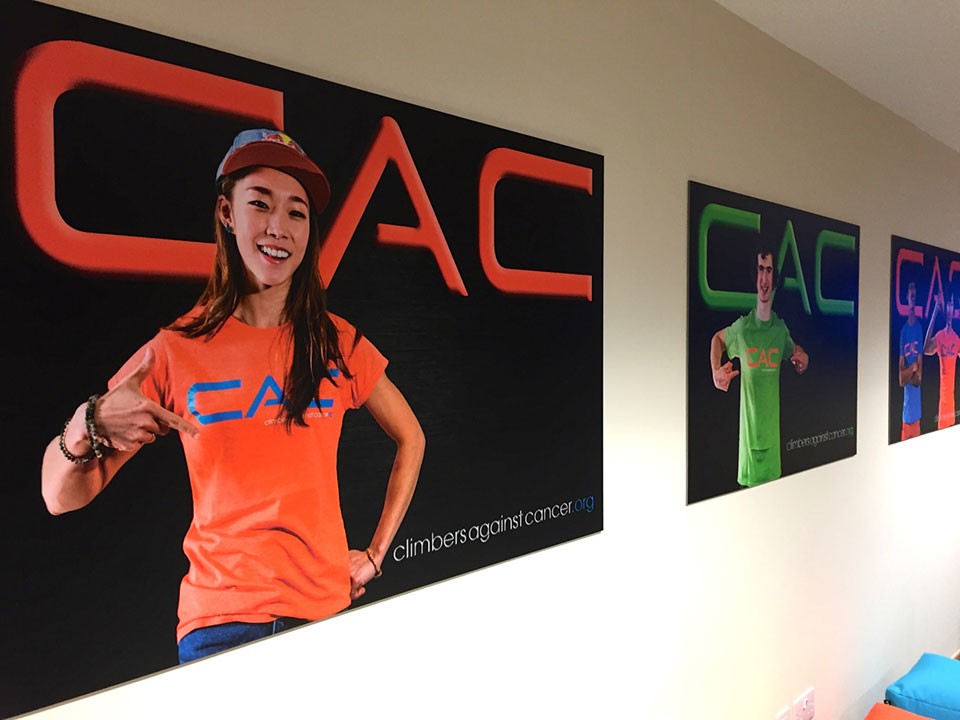 Mentioning earlier CAC will from today be run from it’s own office. A very comfortable and happy place that will serve you all well going forward. The door will always be open to anyone that wishes to call in whilst visiting the UK and there is always work to do if anyone wants to come and volunteer. On another bright note I am very happy to say that none of the funds raised for cancer research is being used for these premises and it is being funded purely through sponsorship.

Many of the Worlds leading outdoor brands have been very supportive and thrown their weight behind CAC. Not only are we the Official Charity of the International Federation of Sports Climbing (IFSC) but we also have the support of the UIAA and as mentioned Official Partners of CAC, Official Supporters and CAC Climbing Centres. Everyone like yourselves are playing their part in building solid foundations for Climbers Against Cancer and it shows we are a truly unified family.

So moving forward I would like to say a huge thank you to everyone who has in their own way shown support for Climbers Against Cancer. How many tunes I have left to play myself will be mainly down to the medical experts and hopefully I can keep Dj’ing for many years to come but one thing is for sure I know that with friends like yourselves the sound of CAC is in good hands!