Home > Your Stories > Climbers against cancer. One man’s story.

Climbers against cancer. One man’s story.

Imagine a life devoted to mountains and rock faces ranging from big mountains like Trisul in the Himalaya down to local quarry faces and taking in lonely windswept icecaps in Norway and Alpine faces and peaks and much more. With this, you get some idea of one man’s passion.  Pete lived for climbing mountains and rock faces, in fact anything that was near vertical. This started young and continued until he was a qualified Alpine Guide doing the only job he really knew and loved.

Life however can have twists that turn a passion into a nightmare.

April 12th, 2013 dawned with Pete working in the Austrian Tyrol as a Civilian Instructor supporting a British Army team. He was leading a 5 man troop itself part of a larger group, when an avalanche hit.  Pete raised the alarm just in time for others to escape. A colleague said afterwards “Pete saved my life”. Unfortunately, Pete did not escape. He was swept into a deep gorge, falling over 400 feet and sustaining very serious head injuries the long-term effects of which have been lifechanging.

Worse was still to come; months of hospitalisation and then routine medical tests revealed an enlarged lymph gland diagnosed as Hodgkin’s Lymphoma at stage 2A.  This was devastating, particularly as brain injury rehabilitation had only just commenced.

Cancer meant yet another life changing event to be overcome. The fear it generated plus three months of chemotherapy followed by 15 sessions of radiotherapy, left an indelible stamp on Pete’s life.

Eventually, and almost 20 months after the accident, Pete left hospital to start the long task of rebuilding his life. All very different from before. No early morning starts over cold hard ice, no skiing on fresh powder snow, no vertical rock under the hand, no army banter, no partner for support. All that belonged to a previous life and in its place lay a desperately uncertain future. Peter faced this with total determination, in fact, absolute shed loads of determination mixed with an optimism that beggared belief.

However, no man is an island and some fantastic people, support workers, medics, therapists and many others stepped into the void and offered support and skills which, in his previous life, Pete would never have encountered. They believed in him and supported him through thick and thin and stayed with him when the going got tough.

Out of the life shattering news of the brain injury came the knowledge that without this, the cancer may have remained undiscovered until too late. The early diagnosis and first-class treatment offered a reprieve.

Pete spends much time now urging climbers not to ignore even the slightest possible symptom, be it fatigue, swollen glands, or persistent sore throat. He is also very keen to support CAC as he well remembers those close climbing colleagues who have lost their lives to cancer. He knows that expert help exists for all and out of this, hope can be reborn, and dreams rekindled. 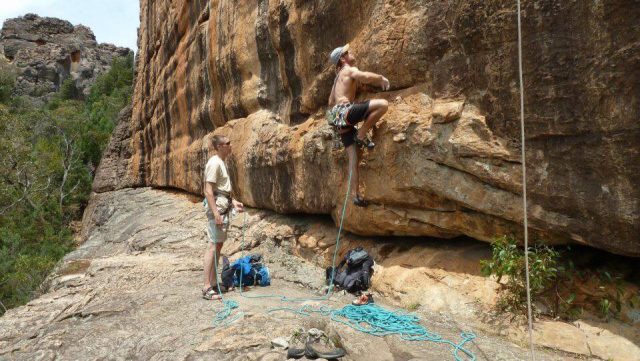 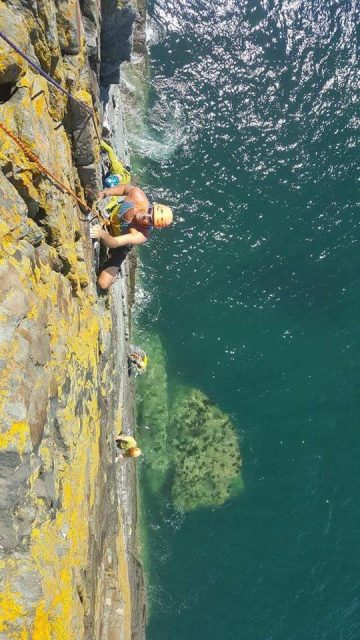 Most people have been affected by cancer in one way or another. Whether it’s through a family or friend, or even a personal battle. Share your story here and let others know they’re not alone in the climb against cancer.